ArteJeans. History of a myth in the plots of contemporary art 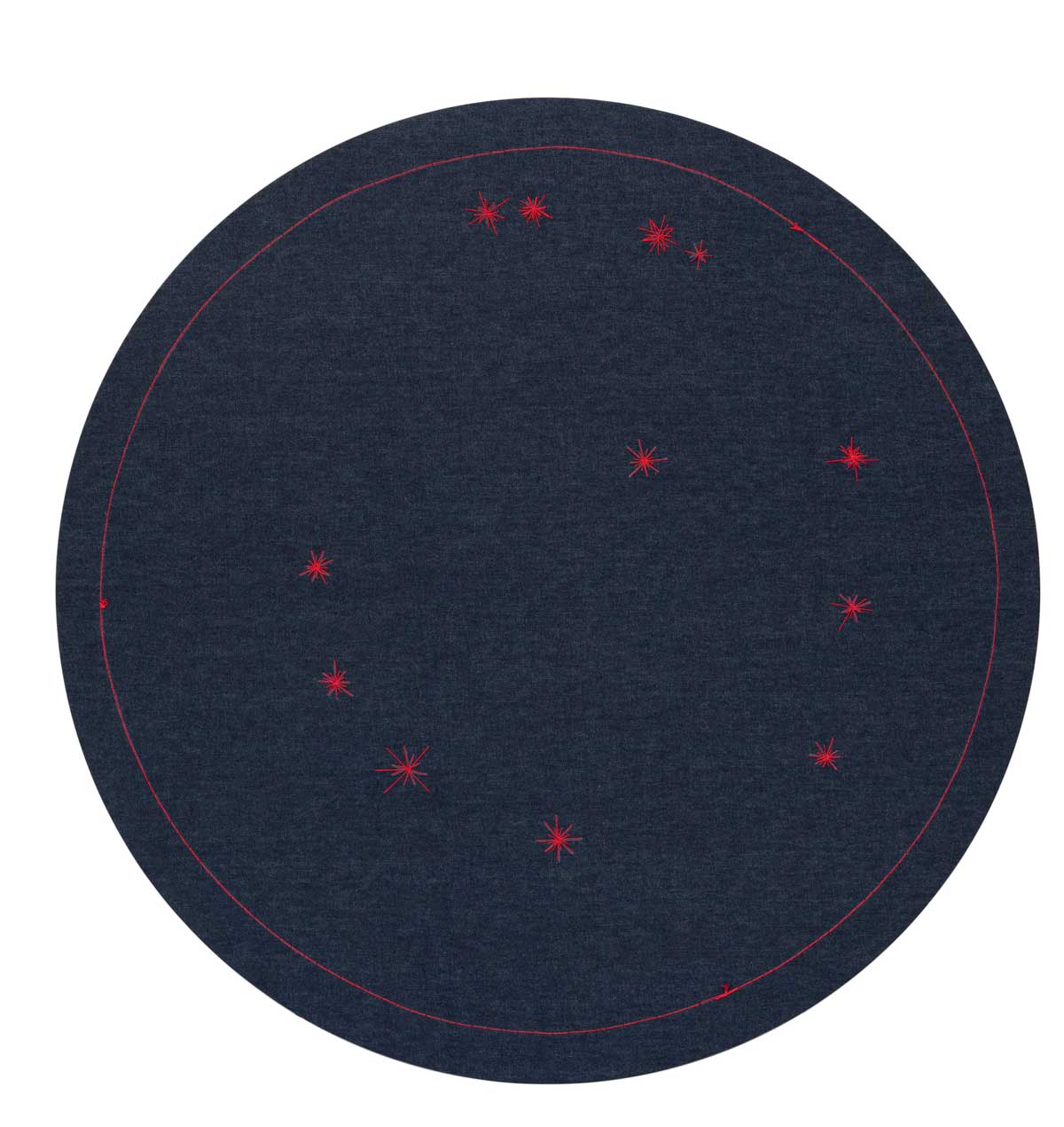 In the heart of the old Darsena, the Metelino was one of the ‘quarters’ for warehouses and goods emporiums. Renovated in the early 2000s, an exhibition space has been created inside which, for the 2021 edition of ArteJeans, will host the 36 works generously donated to the city by the best Italian artists through the Artejeans project by founders Ursula Casamonti and Francesca Centurione Boschieri. A building site, therefore, that will be enhanced as the Contemporary Art Section of the International Jeans Museum, a symbolic place for the “return” to Genoa of a fabric that has conquered the world.

from the critical text by Laura Garbarino:

Letizia Cariello is used to exploring the relationship between internal space and external world through different practices where the common thread is a red thread that she embroiders or uses to build installation spaces. The desire to intercept the material consistency of time takes the form of a collection of its traces to make them visible through a process of identification and stitching that allows the artist to reconstruct lost connections and relationships.

What the sky over Genoa will look like on 24 June is a circular denim cloth on which red stars have been embroidered to recall the stars in the sky on the night of St John, the city’s patron saint. The shape takes up the circular and cyclical pattern of man and the Genoese, who left and returned from the sea, in a path – the circular one – that never seems to come to an end, just like the becoming of life, nature and feelings themselves. By embroidering these stars, which take on a three-dimensional form at each step, the artist evokes man’s need to return, rethink, make decisions, change direction, always in search of an awareness that Cariello seems to project into that totality obtained in his canvas from the union of sky and earth. The time that the artist intercepts is a time that is sewn and stitched, a time that is medicated, a time in which everything changes but returns, that disappears and reappears among the wefts of a red thread that, like continuous immersions, evokes the unexpected and the creativity of life. A new sky that takes on the appearance of an energy field in which the stars are able to stage their explosions as in a new Van Gogh starry night that rediscovers its concentric energy, proper to the life of every human being. A three-dimensional blue jeans sky that seems to want to offer new coordinates to Genoese navigators; a new Giotto sky for life at sea and beyond.