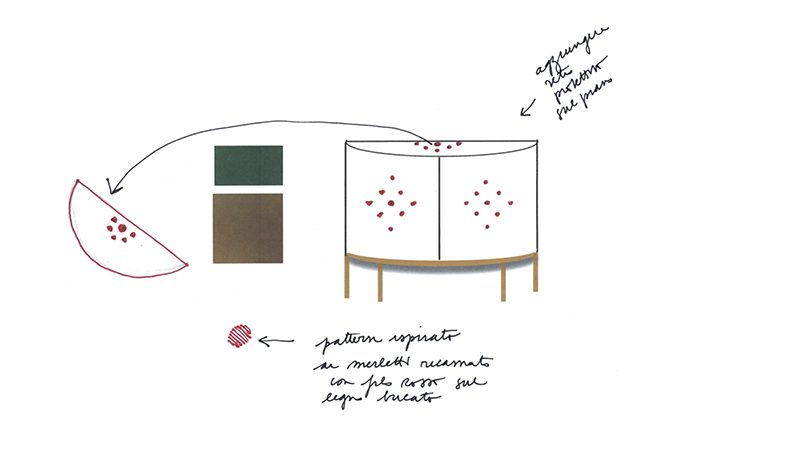 #OPERA is a project born from the meeting between STRATO and Letizia Cariello and from the mutual falling in love of their respective researches.

#OPERA is based on the respect of the uniqueness of languages and identities of the two founders of the project that are: the architectural design of unique pieces that go beyond their function and become sculptural elements through the continuous research by Strato, and the inspiration that guides and supports the conceptual artistic research of Letizia Cariello, around the relationship between internal and external space and the mending of lost unity. Translated with www.DeepL.com/Translator (free version)

#OPERA is a unique and absolutely new idea in the contemporary scene because it is based on the simple cornerstones of uniqueness and purity: Cariello and Strato have decided to unite their creative identities but do not aim to create “art/architecture hybrids”, on the contrary their aim is to maintain a perfect balance between the contribution of architectural design and that of the artist’s hand. Translated with www.DeepL.com/Translator (free version)

#OPERA is a four-handed work that preserves and preserves in their recognizability the individual creative contributions without suffering from any limitation imposed on the action of the two actors of the project. In a historical moment in which we increasingly see the search for boundaries as a solution to the need for novelty, in the #OPERA works the border is shown and respected without acting as a constraint or limit, but rather as a horizon.

#OPERA responds to unique and necessary actions, managing to build, even in a contaminated process, a series of unique works that are functional and full of poetry, bringing into the fundamental actions of living those dimensions that had been confined to the places of formalized sociality.

#OPERA goes back to the questions that in times of crisis and epochal questions in front of a changing world, were posed by the protagonists of Bauhaus with courage, humility, generosity and love.

STRATO and Letizia Cariello’s project is part of a long artistic tradition that finds its peak in the Milan of the mid-20th century. While collaboration with architects was common practice for Fausto Melotti, who was involved by Figini and Pollini in the decoration of the Craja bar, the manifesto of Italian rationalism, Lucio Fontana’s collaboration with the most important Italian architects and studios of the time (Gio Ponti, Piero Portaluppi, Carlo Scarpa, the BBPR studio, Figini and Pollini, Marco Zanuso, Luciano Baldessari, Nanda Vigo, Vittorio Gregotti and GPA Monti), shows how he was particularly interested in the relationship between space, work and visitor.

Carlo Perogalli, in this regard, wrote: “Architecture, painting, sculpture concur in the search for a meeting point where they can coexist no longer juxtaposed, but intimately fused in a unitary work”.