“Perfection does not live here” 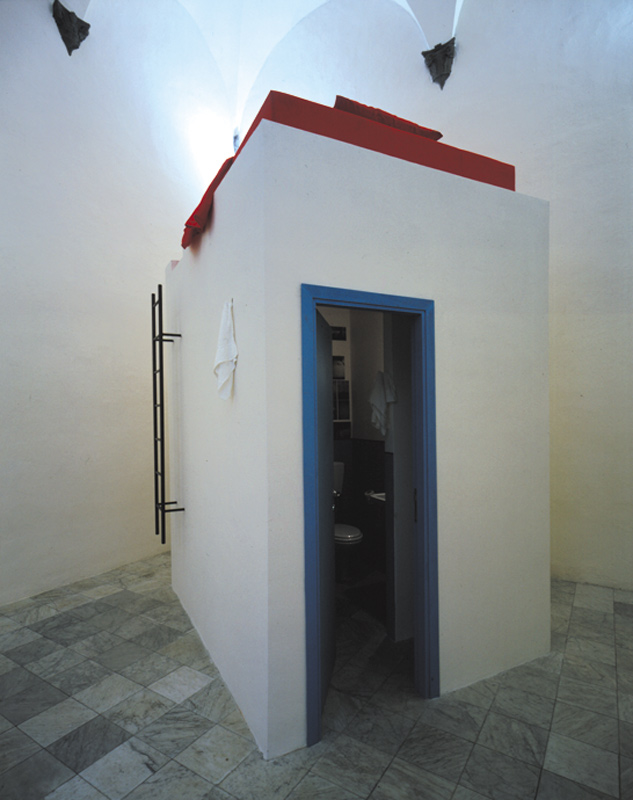 The March issue of Domus 1055 focuses on the role of the house, the basic unit of architecture. In the pages dedicated to Art, Caroline Corbetta outlines a lucid analysis of domestic territory, which has always been a nerve centre in the process of deconstructing gender stereotypes.

For centuries, houses have been designed and built by men. The women inhabited them, spending countless hours within the walls of these buildings, which proved to be both shelters and prisons, looking after, cleaning, cooking, waiting, while the men went in and out non-stop.

From a place of subordination and submission, the home becomes an outpost of creative, rather than social, liberation. Even today, the lives inside the
homes can oscillate between these two dimensions of limitation and possibility. A dualism emphasised by the various lockdowns that have caused deep psychological discomfort in many women, and just as many men, unable to deconstruct their home perimeter through, for example, recourse to imagination and creativity. Other people, however, have been able and succeeded in building an architecture within architecture, a mental space within the walls of their homes.

“It is not you who lock me in, but I who lock you out”. This is how Letizia Cariello summarised this reversal of perspective back in 2011, when she created the installation at “Palazzo delle Papesse” in Siena. I, Caterina: a self-sufficient living unit through which the artist has appropriated the claim to a self-managed destiny, implemented by the fourteenth-century saint also through domestic self-isolation, transferring it to a secular level. This cell of freedom sums up all those places where one makes a deliberate choice of solitude that disarms all attempts at external conditioning and, therefore, achieves maximum inner freedom. A strategy used not only by saints and mystics, but also by intellectuals and ordinary women of all times. An inviolable space that exists within us, before the space we inhabit, in which it is possible (necessary?) to design our autonomy before claiming it.

Caroline Corbetta(Milan, 1972) is a contemporary art curator, author and cultural journalist. She founded and directs Crepaccio, an exhibition showcase that opened in 2012 and became a digital kunsthalle in 2017. She has written for Domus, Vogue Italia, Ventiquattro (Il Sole 24 Ore), Rolling Stone and Mousse.